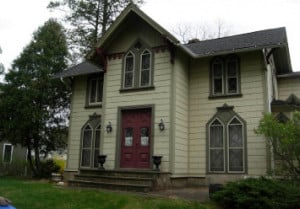 Who is 14 Manor Road for then?

The house at 14 Manor Road was built by and for Hiram Cook, a Yankee captain in the Civil War who arrived in Verona, improbably enough, as a land speculator in the late 1860s. A railroad line was in the offing and Cook bought land from what is now Wayland Drive clear through to the eastern shore of Verona Lake to capitalize on it. An engineer and carpenter, Cook built a series of houses across the tract, several of which survive to this day. “Captain Cook’s houses are very distinctive and they were very clearly his handiwork,” says Bob Williams, a Verona native and old house buff who is a descendant of one of Verona’s founding families. “Idlewood”, he adds, using Cook’s name for 14 Manor Road, “is one of the greatest houses in Verona.” (Williams’ book on our town’s history, “Old Verona”, has an extensive history of Cook and his house and is available through the Verona Historical Society.) 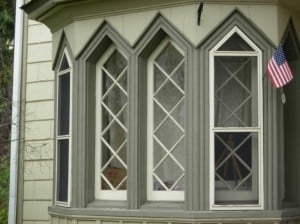 Time hasn’t always been kind to 14 Manor Road. The Cook family owned it until Prohibition, Williams says, when it became a rum-runner’s hideaway. It later served as a convalescent home. The original front porch, which you can see in the slide show below of photos from Williams’ collection, is long gone, as is its summer kitchen. The $475,000 listing, which belongs to Patricia Bishop of Prudential New Jersey Properties, notes that the house now needs a total renovation.

But the bones of this house are as grand as they are old. The double parlor at the front of the house rivals a McMansion living room in size and still has its original molding. The doors and woodwork are original, as are most of its gingerbread windows, and they have character you’d never get in a big-box store. The kitchen is a good size for any era, as are the four bedrooms upstairs.

And as its owner, you could sit on the front lawn and watch the picnics in Verona Park, just as Captain Cook once did.