Mystery Mail On The Budget 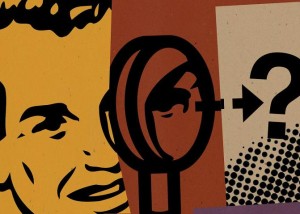 People enjoy mysteries. Just look at how many folks are reading Stieg Larsson’s books around Verona Pool this summer. But I have to admit that I am baffled by the mystery mail that I got the other day.

Addressed to “VERONA RESIDENT”, it looked as if it had been typed on an old Remington; no return address, no postmark. Inside were the 2009 salaries of six Verona Township employees and their counterparts in Cedar Grove, and a calculation Verona’s salaries were higher by $158,162. No signature, no attribution.

But why the anonymity? The numbers come from a well known, public database of state information maintained by the Asbury Park Press. You can view the salaries of every Verona employee right here.

Let’s assume that the sender is trying to say there’s room to cut in Verona’s budget. Some of the protesters at last month’s Town Council meeting wanted a 10% cut, which would be roughly $2.3 million. The six salaries, all late-career employees, might get us part of the way there now, but at what cost in experience? And what about the future? Twenty-four of Verona’s young, 29-member police force earned more than $91,000 in the 2009 database. Should we be more concerned about that?

Joe Martin, Verona’s town manager, is paid a lot of money: His base salary was $181,504 for 2009, according to the database. But he has spent more than four decades in government and the New Jersey League of Municipalities’ help-wanted ads show that town manager salaries are high, even for people with less experience.

When Verona begins its review of its 2011 budget in January, we will need to determine what we can afford, now and in the future. But that means that real people will need to come to real Town Council meetings and ask real questions. Not send anonymous letters through the mail.

Previous article
Where In Verona Is This?
Next article
Floyd Cardoz’ Chilled Cucumber Soup