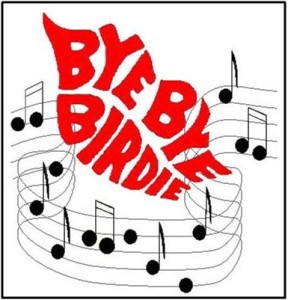 The National Weather Service was scanning the skies in our area Friday night for a tornado. They should have looked inside the auditorium at Verona High School, where a whirlwind group of more than 50 kids delivered the best Verona Summer Music musical in a very long time.

I have to admit that I was skeptical, at first, that “Bye, Bye Birdie” would fly. The play was created 50 years ago and when I explained the Elvis Presley-Ed Sullivan plot line to my nine-year-old, he asked who Elvis Presley and Ed Sullivan were. What’s more, the kids had just four weeks to pull together a production that has 31 musical numbers and some tricky scene changes.

But, boy-oh-boy, was I proved wrong: There is something about young girls and teen heartthrobs that is eternal. And when Verona’s “MacAfee” clan (Amanda Salierno, Steve Wynen, Frances Metzger and Billy Gault) sang the show’s signature Hymn For A Sunday Evening piece about wishing to be on the Sullivan show, you knew how important television was and is to American lives.

Many of the performers were headliners you’ve seen before in Verona playbills–Troy Locatell (Albert Peterson), Shannon Garner (Rose Alvarez), Alex Karpinski (Conrad Birdie)–and they delivered the solid performances they always do. Amanda Salierno, who I’d only heard before in Verona High School’s Vocal Jazz Ensemble and the chorus of “You’re a Good Man Charlie Brown”, finally got a spotlight on her beautiful soprano voice. Several new performers also deserve a shout-out: Amanda’s brother Paul nailed the Harvey Johnson character’s cracked-voice phone call in The Telephone Hour. Steve Wynen and Jillian Lanese (Harry MacAfee and Albert’s suffering mother Mae Peterson, respectively) showed off comic timing that made me hope there will be a comedy or farce in Verona’s theater lineup soon.

Even better maybe than the individual performances was the fact that there were so many sibling groups in the cast, orchestra and crew: Alex, Rebecca, Jessica and David Karpinski; Amanda and Paul Salierno; Steve and Marybeth Wynen; Billy, Grace and Caroline Gault; Maura and Jim Cuddihy; Anthony and Nicky Giuliani; Becky and Colin Vega; Amanda and Matthew Morden; Chris and Isabelle Buneo.

I am very tempted to suggest that this entire production ought to be brought back in the fall, when more families will be in town to see the talent. That could be tough, since director Barbara Tintle and her husband, retiring HBW music teacher David Tintle, will be moving to Delaware at the end of the summer. But maybe the way the cast re-purposed We Love You Conrad into We Love You Barbara during the closing bows will be enough to get them back.

Several videos of the show are already on MyVeronaNJ’s YouTube site. We hope to be adding more soon.

- Advertisement -
Previous articleWin This Hat!
Next articleBlinders To Perform In Montclair Tuesday