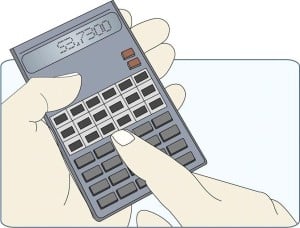 If you, or a senior citizen that you know, participates in New Jersey’s “Senior Freeze” property tax program and missed the June 1 filing deadline, you’re in luck: The state has extended the filing deadline until August 2.

The Freeze is a separate program from the state’s byzantine property tax rebate effort, which was given a bit of a makeover when the budget was passed. When a senior submitted a Freeze application, it set a baseline property tax on his or her property. In subsequent years, the state paid the difference between the baseline and the property tax increase. This year, the state sent out 109,000 checks to eligible seniors and the disabled, with an average amount of just over $1,100.

The checks that will come from this year’s applications will come with a catch (Natch!): 2010 Freeze payments have been frozen at 2009 levels. Whether they will be unfrozen in the future is anybody’s guess right now.

If you weren’t in the program before, you can also submit an application by August 2, but there’s a catch with that too: New Jersey doesn’t have any money for new applicants. A spokesman for the state Treasury Department says it still makes sense to apply now because, when the state does get new funding, an applicant’s property tax baseline will have already been established. To get an application or learn more, click here.

And if all this weren’t confusing enough, the Homestead property tax rebate program has been changed into a tax credit under the new state budget. And rather than going out at election time (coincidence?), the credits will be applied to every quarterly tax bill, beginning in May 2011.