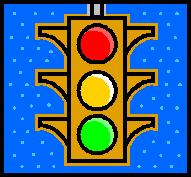 A few years back, environmentalists ran an energy efficiency campaign under the slogan “Change A Light, Change The World”. Essex County has begun to change the lights at 275 locations throughout the county and you’ll soon see the difference in Verona.

The county recently got a $2.2 million grant from the federal government to replace the incandescent bulbs in the traffic signals at 275 intersections along county roadways with efficient LED lights. The switch started in Newark about a week ago, and will soon make its way to the traffic lights on Bloomfield Avenue in Verona.

There are approximately 460 intersections with traffic lights on county roads, 50 of which are already equipped with LEDs; intersections not included in this contract will be converted over the next four years. More than 14,000 lights will be switched during the entire conversion process.

LEDs consume 83 to 88 percent less energy and shine brighter than traditional incandescent bulbs, making them more visible in fog, rain and snow. In addition, the LEDs last about 100,000 hours before they burn out while incandescent bulbs last about 8,000 hours. The conversion to LEDs will reduce energy costs and consumption, greenhouse gas emissions and maintenance costs.

“Essentially what we are doing is changing light bulbs at a majority of our intersections and replacing them with more energy efficient bulbs,” said Essex County Executive Joseph N. DiVincenzo Jr. at the kick-off in Newark. “It may not seem exciting or attention grabbing, but the installation of the LEDs will significantly help reduce our energy and maintenance costs, and enhance motor vehicle and pedestrian safety. Changing the light bulbs is an easy, cost-effective measure we are taking to modernize our infrastructure.”