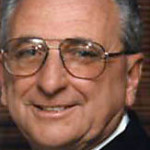 He graduated from Immaculate Conception High School, St. Peters College and worked for the Department of Health and Human Services in New York City in systems analysis. He was also the founder and co-owner of Satellite Computers Inc.

He served on the Verona Board of Education in the 1970s.