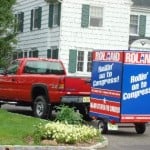 Governor Chris Christie backed off his plan to push public school teachers to retire early, NJ.com reported. The governor had said earlier this spring that teachers who did not retire by August 1 would face changes to their pension and health benefits, prompting many teachers to announce their retirements. Teachers who have retired may rescind their decision, but their district is not obligated to hire them back.

The election in Bloomfield had been hotly contested, but in the end, it was the Line A ticket in a sweep. Baristanet has all the details of the victory. Montclair resident Roland Straten won the GOP congressional primary. He will face long-time Democratic incumbent Bill Pascrell Jr. again in the fall. Stratton challenged Pascrell unsuccessfully in 2008.

Essex County Executive Joseph N. DiVincenzo Jr. joined county leaders across the state this week to ask Gov. Christie for a state takeover of county prosecutors’ offices. NJ.com quoted DiVincenzo as saying that a majority of counties back the idea, which has been broached to state leadership in the past. A state takeover could save Essex County $48.6 million annually.

NJ.com reported that the New Jersey state Senate, as expected, voted to abolish the state Council on Affordable Housing. If the state Assembly approves its corresponding COAH bill, all decisions on affordable housing will be made by municipalities and not the state.Gov. Christie has said he will sign the COAH reform bill into law.

The leading candidate for the presidency of Seton Hall University withdrew from consideration after reports surfaced that Monsignor Stuart Swetland was seeking an annual salary of $300,000 plus perks. The current president, Monsignor Robert Sheeran, earns about $31,000.

And finally, Maplewood Patch reported that St. Joseph’s School in Maplewood will close at the end of this month. Verona High School hockey and tennis coach Stephen Ruggiero had been a social studies teacher and dean of students there, positions he recently left to become the director of the Richard J. Codey Arena.