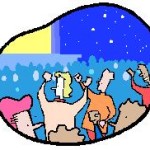 Essex County has released its slate of free summer entertainment in the parks, and it all kicks off with a noon-time Gospel Festival on Saturday, June 19 at Monte Irvin park in Orange. There’s a wide range of music styles and locations, but only one of them will be in Verona, the August 13 appearance by the Garden State Concert Band at Kip’s Castle.