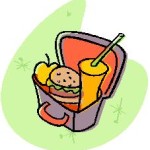 Faced with a large number of serious allergies to food, Verona elementary schools will be making serious changes to their policy on foods allowed in school.

The changes will affect class parties, birthday celebrations and the schools’ pre-Thanksgiving lunch. All of these events will continue to be held, but the food consumed at them will change–or be eliminated altogether.

“Given the increasing number of severe allergies of our children,” says Verona School Superintendent Charles B. Sampson, “we felt we had to make a pro-active change in our handling of the food consumed in our schools. We feel strongly that we have struck a balance between maintaining our traditional celebrations and other special events unique to elementary school while assuring the safety of those students that may have significant allergies both known and unknown.”

According to the National Institute of Allergy and Infectious Diseases, food allergies affect 6% to 8% of young children and 4% of adults. Allergies to milk and eggs are the most common in children, while seafood is the main problem for adults. While some food allergies are outgrown, life-threatening reactions as a result of food allergies are on the rise: A study by the Mayo Clinic found that the number of cases of food allergy anaphylaxis–as these serious reactions are called–rose from 21,000 in 1999 to 51,000 in 2008, causing 150 to 200 deaths per year.  And while the problem foods are well known, 50% of Americans with food allergies have a reaction caused by accidental exposure.

Birthday parties will face the greatest change under Verona’s new policy, which comes into effect in September. Children’s birthdays will still be recognized in the classroom, but without cakes, cupcakes or treats of any kind. Classroom teachers will be able to decide how student birthdays will be celebrated.

Food will still be allowed at class parties, but its role in the party will be de-emphasized in favor of games, crafts, and activities. Each child will bring in a snack from their own home to consume at the party, instead of having food for the entire group being brought in by a class parent. The schools’ Thanksgiving Feast will be catered by one outside food vendor rather than by groups of parents or prepared in school. The menu will be sent home ahead of time and parents will be able to choose to let their children participate or bring in a meal of their own choice. The schools’ hot lunch program, in which participation is optional, will not be changed.

The new food allergy program at the elementary schools follows a change in food policy H.B. Whitehorne middle school and Verona High School. For the past year, teachers at those schools have been sending notes to parents in advance of any food being served in the classroom.