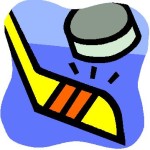 The Richard J. Codey Arena in West Orange will be offering a series of clinics for goalies featuring A.J. Bucchino.

A.J. Bucchino, who started in hockey at age 4, has played in the East Coast Hockey League, Central Hockey League and Southern Professional Hockey League. He was a two-year NCAA All-American and First Team All-NCAA.

Advance registration is required for all sessions at the arena, which is located at 560 Northfield Avenue in
West Orange.