Week In Review: Fireworks In Jeopardy 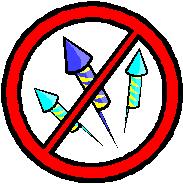 Verona’s Fourth of July fireworks are always packed and there may be even more of a crowd this year. Baristanet reported this week that fireworks in Montclair and Bloomfield may be victims of budget cuts in those towns. Residents of Montclair, which is also cutting the hours of its town pools, are trying to pass the hat to raise $50,000 to save their bash. Bloomfield, meanwhile, is calling its fireworks “unlikely”. Baristanet says the town, which also has to raise private funds to cover its Memorial Day Parade and summer concert series, needs $27,000 if the fireworks are to go on. But Bloomfield town officials are saying that, if they are axed, it can give 25 teenagers five-week summer jobs.

Here’s what else happened this week in the towns around Verona. More than 1,000 people turned out in Caldwell on Saturday to pay their respects to U.S. Army Col. John McHugh, a West Caldwell native who died in a car bombing in Afghanistan last month. According to The Caldwells Patch, McHugh may soon have a West Caldwell park named after him.

Prime real estate for $100? That’s just what happened in South Orange this week after officials there held a foreclosure auction on a downtown lot that is the key to multi-use redevelopment project. The Star Ledger says the site, which went into receivership after former owner Andrew Beifus Jr. defaulted on a multimillion-dollar bank loan, was bought by Boiling Springs Savings Bank of Rutherford. Beifus’ lender had a $4.3 million note on the property.

Roseland and several other towns took payments from PSE&G as high as $400,000 to accept the construction of a controversial power line that begins in the Sussex County highlands. The Daily Record says PSE&G could begin construction on the section of the project from Hopatcong to Roseland later this month.