Straight From The Heart Fundraiser 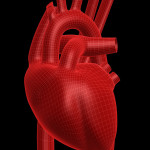 Terry and Barbara Diess have alerted us to a fundraiser to fight a disease that has claimed the lives of two young men from Verona.

The Straight from the Heart Foundation will be having its second annual Hypertrophic Cardiomyopathy Benefit Event in memory of Karl Weber and Robert Diess on Saturday, May 22, 2010 at the Verona Community Center from 9 a.m. to noon. The event is being organized by Jodi Sancetta of Adrenaline Training Studio, an indoor/outdoor boot camp-style training facility based in the Webster Commons complex at the far end of Grove Avenue. Last year Straight from the Heart was able to donate over $7,000 to the Children’s Cardiomyopathy Foundation.

Hypertrophic cardiomyopathy is a disease that causes an abnormal enlargement and thickening of the heart muscle. Although rare in the general population, it is a leading cause of heart failure in young athletes. Weber, who had been an emergency medical technician and special education teacher, collapsed and died of the disease in December 2004. Rob Diess died after a routine morning jog due in September 2007 when he was just 23.

You don’t need to register in advance for the event and you can donate whatever you can afford. Sancetta is promising food, fun and a cardio dance fusion class. If you’ve got questions, call 973-868-2084.