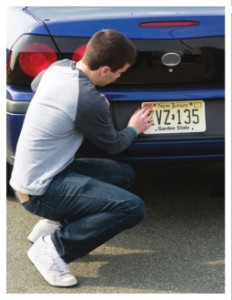 Scott T. Rumana, one of the two New Jersey state assemblymen for our area, as signed on as one of the co-sponsors of a bill to repeal the legislation known as “Kyleigh’s Law.”

The law, which came into effect on May 1, requires drivers under age 21 to display a special red reflecting decal on the front and back plates of any car they drive. It also further restricted the hours that teen drivers can been on the road and the passengers they can carry.

But “Kyleigh’s Law” ran into opposition from teen drivers and their parents almost from the moment that drivers were notified they needed the decal. The bill that Rumana is co-sponsoring, A2650, effectively guts the law, by removing “the requirement that the holder of a special learner’s permit, examination permit, and probationary driver’s license display decal.” An identical bill has been introduced into the New Jersey Senate by Thomas Goodwin, a Republican from south Jersey.