Selling Your House? Get An Inspection 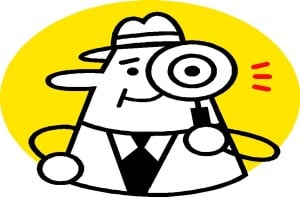 Now that Verona’s residential real estate market is showing signs of life again, the last thing you need is a surprise that will turn your deal into a zombie. And nothing keeps the surprises at bay like a home inspection.

Once just a tool for buyers, home inspections are increasingly being used by sellers to get their home ready for listing. That’s not as crazy as it sounds. The hot water heater you think of as new may actually have been installed 10 years ago when you bought the house. You probably haven’t had a termite inspection in a decade either.

“If the inspection finds termites, or some other problem, you can repair the damage and put your house in tip-top shape,” says Willy Dittmar, owner of Verona-based DICO Building Inspection Services. “The problem is no longer a negotiating tool.”

And chances are, you’ll have plenty of things to disclose. Home inspectors are increasingly under pressure from the companies that insure them to report on everything they find during an inspection so that they are not sued over their work later. The home inspection report you got when you bought your home 10 years ago was probably a dry written report. The document you’ll get now will likely be chock full of photos and maybe even a video.

Dittmar, who has inspected something close to 12,000 homes during his 36-year career, says that termites are much less of a problem than they used to be in New Jersey. The new generation of termite treatments are highly effective, he notes. “It’s a rarity if we find active termites now.”

The deal killers now are mold, water seepage in a basement and buried fuel oil tanks. If your house is more than 60 years old, there’s a good chance it could have an underground tank. You can get rid of the problem by having the tank removed or by having it pumped clean and filled with sand and gravel–a process known as inerting. New Jersey has had a fund to help homeowners with oil tank remediation and you can learn more about it here.

A pre-listing inspection should take about 2 hours to complete and cost about $400.  (A buyer’s inspection will generally run longer and cost more, say 3 hours and $500.) You should also be prepared to walk through your house with you inspector, and pay close attention to the terminology he uses: There’s a world of difference between a “defect” (a serious problem) and an “advisory” (an issue to be aware of). Again, the more you know, the less chance a buyer will have to knock down your price or force you into unnecessary work before the closing.

You can learn a lot more from the Web site of the American Society of Home Inspectors, an industry licensing and standards body. That’s also the Web site to use to find an inspector and you can further check his or her credentials through the New Jersey Division of Consumer Affairs’ Home Inspector Licensee Directory.