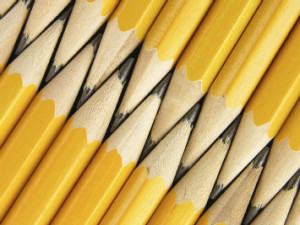 School election results were mixed across Essex County, but more school budgets passed here than elsewhere in the state, where voters rejected 260 of the 479 school budgets up for consideration.

In a strong turnout for an off-season election, Verona voters approved our $27.5 million school budget by 1130 to 1048. School superintendent Charles Sampson thanked voters last night for their support, saying “We are appreciative of the support our community demonstrated for its public schools today. We are confident that our school budget maximizes our resources and effectively balances student needs and fiscal accountability. We are fortunate that Verona places such a high value on the education of its children and we take that responsibility seriously. A hearty thank you to all community members.”

Baristanet is reporting that Bloomfield approved both its school budget and the referendum to rehabilitate Foley Field. There are no home sports games in Bloomfield now because of the field’s condition. The Bloomfield budget, which will result in a tax increase of less than 2%, will also require the elimination of 58 district jobs. NJ.com is reporting that budgets in Essex Fells, Glen Ridge, Irvington, Livingston, Millburn and Roseland all passed as well. There was no election in Montclair.

But NJ.com is reporting that the budget failed in Cedar Grove by a vote of 1,334 to 1,301. The tax increase there would have been 3.9%. West Orange shot down its budget by 3,947 to 3,176. The proposed tax increase there was 7.3%, or $499 for an average home and the budget would have axed 84 jobs. Fairfield and Nutley also voted against their budgets. According to the New Jersey League of Municipalities, this year is the first time since 1976 that the majority of school budgets were rejected.