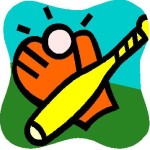 Amid an organized youth sports culture that has become increasingly, well, organized, a novel idea is catching on, according to yesterday’s New York Times. Well, to be accurate it’s really an old idea, at least as old as baseball. Called “Sandlot Day” and spearheaded by the Youth Sports Institute in Cortland, N.Y.,  it’s a one-day respite from parent-run baseball where kids run the show and make the rules.

Organizers say letting kids play on their own gives them a chance to be creative as well as learn negotiation and conflict resolution strategies. It can also be just plain fun.  Some communities, such as Bayonne, N.J., run summer camps with a sandlot theme: Kids spend the first part of each day getting instruction from local coaches, then play on their own in the afternoon. The recreation department’s catchphrase: No parents, no coaches, no registration, no cost. The camp draws almost 100 players daily.

Proponents of the sandlot approach are quick to point out that they think organized baseball is great. But they think giving kids an occasional opportunity to play on their own, without adult interference, can be beneficial. Some, citing a 5 percent dip in participation since 2000, are also concerned about an apparent decline in baseball’s popularity. No doubt baseball sporting equipment manufacturers are among the most concerned: Batters Up USA, a nonprofit organization supported in part by sporting goods companies, gives free bats and balls to towns interesting in hosting sandlot baseball and softball games.

Is Sandlot Day an idea Verona should embrace? Tell us what you think.
[polldaddy poll=2976128]