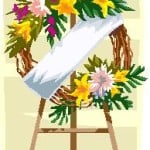 We are belatedly catching up to the passing of Anny Landsberger, a modest but tireless champion of a better Verona.

Mrs. Landsberger was 86 at her death on March 2, but still did more in a day than people half her age for organizations such as the League of Women Voters, Hadassah and Verona’s Congregation Beth Ahm, as well as Bel-Art Products, the company that she co-founded with her husband–and Verona’s unofficial historian–Kurt Landsberger more than 60 years ago.

Mrs. Landsberger was born in Vienna and emigrated to the United States as Hitler came to power. Two years ago, she recorded a moving history of that time for the Center for Jewish History, which you can listen to by clicking on the square graphic near the top of this Web page. A holder of two master’s degrees, Mrs. Landsberger established several scholarships at colleges and universities in New Jersey so that others could advance their educations as well.