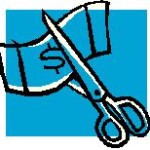 So much for the luck of the Irish. Governor Chris Christie’s office just released the much-anticipated district-by-district numbers for the 2010-2011 school budgets and it’s bad news. Almost every district must cut 5 percent from its budget; in Verona, that amounts to $1.4 million. “This is pretty drastic,” says Verona Board of Education member Glenn Elliot. “It’s the worst-case scenario.”

As we reported in our story this morning, the Verona board, anticipating state cutbacks,  detailed over $800,000 in budget cuts at last night’s  meeting. Now, officials will have to go back to the drawing board, and fast, as a final budget must go to the state by March 30th. It is unclear how Verona school officials will make up the shortfall. It seems  that the board’s stated goal, expressed last night by Superintendent Charles Sampson, to preserve academic programs, may be in jeopardy.  The next scheduled board meeting will be on  Tuesday, March 23 in the VHS media center. There will be opportunity for public comment.

Reports are rolling in that things will be just as bad for school budgets elsewhere. According to TheCaldwellsPatch, the Caldwell-West Caldwell and North Caldwell school districts will lose all state aid; West Essex will lose nearly 90 percent.