Are You Smarter Than A Trivia Team At O’Neil’s? 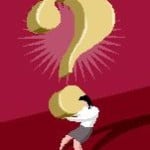 Do you revel in obscure bits of knowledge? Can you quote movie dialogue verbatim? Do remember more about television of the 1970s than you do about your children’s homework last week? Then you need to go to O’Neil’s tonight.

For most of the past two years, Tuesday nights have been trivia nights at the Bloomfield Avenue restaurant and pub. From 9 to 11 p.m., anywhere from 20 to 50 of your friends and neighbors are converging on O’Neil’s to match wits in a fun and mostly friendly contest organized on by JNJ Entertainment/Joe Trivia of Fairlawn, N.J. It’s free (if you don’t count the beer you consume) and the rules are simple and strict: You can play alone or as part of a team, but there are no lifelines, no shout-outs, and definitely no Google. The questions get progressively harder as the night goes on and there are prizes for the winners. Sometimes it’s beer company swag, sometimes it’s Rutgers football or basketball tickets, courtesy of O’Neil’s owner, Jimmy Hill.

The questions are devised by JNJ’s owner, Joe Bajzath, a chiropractor by day who answers his phone “Joe Trivia”. “I am a trivia buff,” he says,  “I keep the questions entertaining and challenging. I want people to kick themselves when they hear the answer.”

Karen Blasi-Blinder and her husband Ben Blinder came upon Trivia Tuesday last summer and were welcomed into a team that’s usually headlined by one of Verona’s current or past Fire Department chiefs like Charlie Magatti or Pat McEvoy. “The team name changes from week to week,” says Blasi-Blinder, “but there’s always the word ‘chiefs’ in it. One week, when we didn’t make it, the team name was Chiefs Without Blinders.”

If you go, expect the Chiefs to be, pardon the pun, on fire. Blasi-Blinder won a recent contest by correctly answering the question, “What was the name of the middle school attended by the two middle Brady Bunch children?”

If you answered by chanting “F-f-fil,l-l-lmo, o-o-ore, Fillmore Junior High!” you might have found your calling.