Neighborhood Wrap For The Week Of Feb. 21 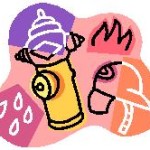 Though MyVeronaNJ is focused on Verona, there are things going on in our neighboring towns and across Essex County that bear watching. So we’re introducing a new weekly column to help you stay on top of some of these developments.

This is how the tough economy and municipal budget deficits are playing out across Essex County: The Star Ledger reported on Tuesday that Maplewood and South Orange are once again talking about merging their fire departments. The official word from the towns is that this is about better managing understaffed fire departments, but their paid staffs are already much bigger than Verona’s volunteer force and our towns are roughly similar in size. You can read the full story here. Separately, Maplewood Patch is reporting that the South Orange Maplewood School District is assuming a a 15% cut in state aid as it draws up its 2010-2011 budget.

Millburn seems to be stepping up work on improving its downtown business district. Millburn-Short Hills Patch is reporting that the Township Committee unanimously approved a 22 percent increase in the district’s budget, the first increase in 18 years.

In the Star Ledger, a look at why it is taking Caldwell so long to close on a piece of property that the town was trying to preserve from development. The town was set to buy the so-called Faloni property two years ago, when concerns of pollution at the site were raised. Some remediation has been done, but not enough it seems for the town council.

On Wednesday, Gov. Chris Christie warned mayors that their towns face cuts in state aid in the budget he will be unveiling March 16. Though the governor has told school official that education aid could be slashed by up to 15%, he did not specify how bad the municipal cuts will be.  But he also promised to help towns ease the high cost of pensions and benefits, as well as arbitration reform.

On Thursday, a robber in Montclair made off with $11,000 from the TD Bank at 233 Bloomfield Avenue. Money woes of a different sort at Montclair’s town hall, which sent out notices to all township employees warning of layoffs and furloughs, according to Baristanet. Montclair faces a $2 million budget gap.

And one for the You Can’t Make This Up file: A hapless thief in Caldwell appears to have left tools bearing his initials at the scene of the crime.

Previous article
Game On!
Next article
Dragons And Snowmen