Digging Out? Not Yet 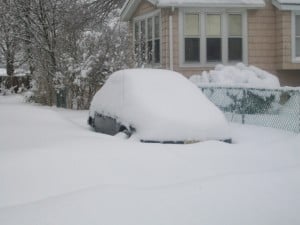 We’ll confess: We thought it was a bit nuts last week when an Essex County legislator proposed punishing snowplow drivers who plow in driveways that have already been cleared. How else, after all, are we going to keep our streets passable? But watching our neighbors shovel today for the fourth and fifth time since the blizzard began has boosted our empathy. If it’s any comfort, the National Weather Service is saying the storm is easing, although its storm watch remains in effect through Saturday morning.

Shoveling kept most of Verona home today, and while the grownups (mostly) worked, the kids built snowmen and mountains. If you haven’t yet tackled your shoveling and you have a fire hydrant out front, please do the Verona Fire Department a favor and dig that out first. 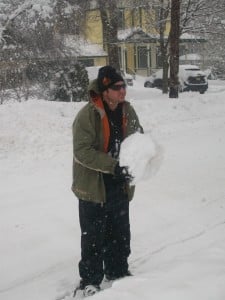 Not all of Verona was lucky enough to be able to work from home today. We found Michael Duarte of Culinariane shoveling out his driveway because the restaurant is open tonight. And Kurt Siegelin had to head to News 12 New Jersey, where he is an anchor and sports director.

For those of you who do have to go out, the roads are clearer now thanks to a long day of plowing by Verona’s Public Works department. But overall, public transportation remains the best option: New Jersey Transit buses are back on the roads now after being suspended for the morning.

- Advertisement -
Previous articleHere’s What Happened To The Verona Inn
Next articleGame On!