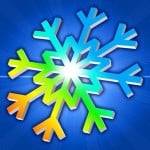 You probably know by now that the National Weather Service says there is a “major” snow storm headed our way on Thursday. We’ve been trying to track down events that are being canceled and here’s what we’ve got so far.

Essex County has called off the deer hunt scheduled for tomorrow at Eagle Rock Reservation and the Hilltop Reservation. Tomorrow was to have been the last day of the six-week long hunt that has spanned these two reservations and South Mountain.

If the schools are open Thursday, and you have a pre-school-age child, you will need to get your application for the public pre-school in to Laning by 3 p.m. If the storm forces schools to close Thursday, the pre-school lottery will be extended to Monday.

Still uncertain is the trip by the VHS concert band to the Rutgers Band Festival. This was to have been a command performance by the VHS musicians, who are making their second appearance at the festival. Also unclear is the status of the after-school cluster programs that were to have begun on Thursday and the boys varsity basketball team’s away game at Boonton, which has a 4 p.m. start.

It should be noted that Verona only has one snow day left. Once that is gone, the school district will have to take days from our April break, beginning with April 28.

As for the storm, the National Weather Service is pulling no punches. Forecasters are calling for significant snowfall from rush hour Thursday morning through Friday in the tri-state area. Expect accumulations of 12 to 18 inches, with possible sleet and ice.