Events For The Week Of February 22 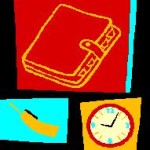 Monday is Mom’s Liberation Day, as both the public schools and Our Lady of the Lake school are back in session after Winter Break. But that, of course, just means that the activities shift from the home front to the wider world of Verona, with its many school, sport and community events.

If you have a dog or a cat, you’ll want to be at the Verona Town Garage on Ozone Avenue on Monday night for the town’s annual free rabies shot clinics. Dogs will be vaccinated from 6 to 6:45 p.m., followed by the cats until 7:30 p.m. No appointment is necessary, but do not feed your pet before bringing it in for the shot. Rabies vaccines are recommended every two years, but mandatory every three years in Verona. For more information, call the town’s Health Department at (973) 857-4800.

If you have a child who will be three or four by September 30, this is the week to get in your application for the public half-day pre-K program that operates at Laning Avenue School. Your application must be in the office at Laning by 3:00 p.m. on Thursday, February 25 and the lottery drawing will be held on Friday. (If you don’t win the lottery, take a look at Tracy Bermeo’s coverage of private Verona preschools here.) Parents with children in the school district who receive special education services will benefit from the free workshop on Individual Education Plans on Thursday, February 25 at 7 p.m. in the Verona Community Center’s upstairs Firemen’s room. The event is sponsored by C.H.I.L.D. (Children Having Individual Learning Differences). One last bit of school business: The Board of Education is meeting Tuesday at 7:30 p.m. in the VHS Library.

In sports, the Verona-Glen Ridge Hockey team has another playoff game tonight at 6:45 p.m. against Nutley at the Codey Arena, which some of us still call South Mountain. The team won a decisive victory against Livingston in its first playoff game Saturday night.  VHS senior wrestler Sean Shabazian and junior Colin Farawell will be competing on Friday at the Region IV wrestling tournament at West Orange High School after winning their respective weight classes in the District wrestling tournament this past weekend. Verona track stars Rebecca Slotkin and Kelly Scully will be competing on Saturday at the Meet of Champions at the Bennett Center in Tom’s River. The girls varsity basketball team has back-to-back games at home Monday and Tuesday against Millburn and Immaculate; both games are home. The boys varsity has games Tuesday and Thursday, against Immaculate and Boonton, but both are away. The busy hoops week ends on Friday, when both the boys and girls varsity have 7 pm games; the boys are away against Mountain Lakes and the girls face Montclair Kimberley at home in a game that will decide the league title. If Verona wins, they will tie with MKA for the championship; it would be the first since Coach Hemsley-Cartotto started coaching at VHS 18 years ago. It’s also senior night at the high school, so expect an enthusiastic Hillbilly crowd.

There are several inviting fundraisers scheduled for Saturday night: Take your pick from Unico’s Sock Hop for Soldiers, a comedy night sponsored by the Verona United Soccer Club, and a casino night, courtesy of the Junior Women’s Club.

If your house is a money pit, you may want to catch the second of the home restoration workshops sponsored by the Montclair Historical Society and the Van Vleck House and Gardens. The February 27 discussion, which will be held at the Clark House in Montclair, will focus on common interior projects.

The final two days of Essex County’s deer cull at the Hilltop and Eagle Rock Reservations are Tuesday and Thursday. Fairview Avenue will be closed both days from Durrell Street to Myrtle Avenue in Cedar Grove, so plan an alternate route.