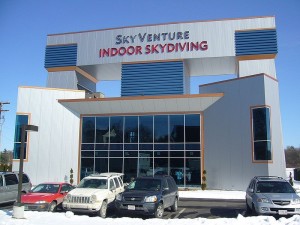 Though travel to both Boston and Baltimore depends on the vagaries of I-95, Boston is just enough farther away that my household generally votes to head south on a three-day weekend. But there are plenty of reasons to go to Boston and you can pack a lot of them
into a short amount of time. Note, however, that this year kids in Boston are on vacation for the same week we are. That might make for crowds, but it also means that most of the city’s attractions are planning extra activities during the week.

Where to stay: Back in my expense account days, I stayed downtown. With two kids who need a pool to blow off steam after sightseeing, that’s no longer an option. So I look north of the city in places like Woburn, Danvers, Revere, Salem and Peabody. On the last trip, we stayed at the Springhill Suites there. It’s right on Route 1 about 30 minutes from downtown Boston. Located close to Route 128, it was also closer to the kids’ favorite activity for a long weekend in Boston, which isn’t in Boston at all.

What to see: Skyventure, located in nearby Nashua, NH, Skyventure is an indoor wind tunnel that lets you experience skydiving without getting too far off the ground. You suit up like an astronaut and get propelled up the tunnel by a giant fan. The kids loved it, I hated it, but it was definitely worth the experience. If you want to try it, you must call for reservations first, and they can be hard to come by. (Skyventure is supposed to be coming to the Xanadu site in the New Jersey Meadowlands, but, pardon the pun, who knows if that will fly?).

If the kids are too little or you don’t think that being propelled 20 feet in the air is a wise idea, try the Boston Children’s Museum. They’ll have a blast in the Construction Zone, which is there, no doubt, because of Boston’s “Big Dig”. If you have a second grader, you’ll also want to take in the Japanese House exhibit, which let them see what it’s like to be a kid in Japan. If they are beginning to study geography, take them to the Mapparium at the Mary Baker Eddy Library, which puts them inside a globe.

For older kids, there’s the Museum of Science, Institute for Contemporary Art (Boston’s newest museum) and, my favorite, Isabella Stewart Gardner Museum, which brings a touch of Venice to Boston. And if you’ve stayed north of the city, you can also easily get to the Salem Witch Museum, one of the stranger episodes of mass hysteria in the U.S., and for the older kids only.

Boston wouldn’t be Boston without its American Revolution history. The Freedom Trail Foundation has information on all the sites, and organizes walking tours. And since Longfellow did use the phrase, “One if by land, two if by sea” to describe Paul Revere’s famed ride from Boston, you also should plan on riding a Duck. No, that’s not a typo. The Boston Duck Tours use an amphibious vehicle from World War II to cover downtown Boston on wheels before plunging into the Charles River to view the city from the water. Noisy, but fun.

Best idea is to get a Go Boston Card, a pass that covers many of the city’s best sites for 1 to 7 days. Three-day pass is $90 for adults and $54 for kids. That sounds steep, but it gets you into everything from the Children’s Museum and Duck Tour to the Museum of Science and  New England Aquarium. And they throw in a Sam Adam’s Brewery tour for grownup fun.

Where to eat: Skip the “Cheers” come-on and focus on Boston now. The city has a great Chinatown near the Financial District, with restaurants like Gourmet Dumpling House. Legal Sea Foods got its start in Boston and there are several locations around the city to choose. Yes, Legal is expensive, but we’ve never had a meal that disappointed.

Want other ideas for Winter Break? Click on the blue logo above.