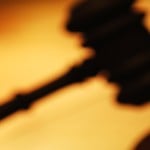 David Fate, a suspect in the February 22, 2009 murder of Daniel Pritchard, a gas station attendant at the Claridge Sunoco service station in Verona, entered a plea of not guilty in the case today.

Raymond Perry, the second suspect in the case, was not present as expected in the courtroom of Essex County Superior Court Judge Peter J. Vazquez. Essex County Assistant Prosecutor Cheryl Cucinello termed his absence an “administrative decision”, but told reporters later that a possible severance in the case has been discussed so that the suspects could be tried separately. Perry will be in court on Thursday, February 18.

Fate’s next court date is a status hearing on March 16. Both Perry and Fate are suspects in a long string of armed robberies that culminated in Pritchard’s murder. Cucinello said she expects the case to last for six to eight months, noting that her department has been able to tie the defendants to all of the events. “We will prosecute both to the best of our ability. No one victim in this case was engaged in criminal activity.”