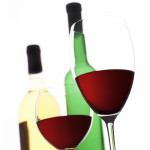 There is a hearing going on right now in Trenton on a state Senate bill that would make it possible for New Jersey consumers to buy wine over the Internet.

The Record says that New Jersey is now one of only 20 states that do not allow Web wine sales, and the paper notes that the bill faces opposition from both the New Jersey Licensed Beverage Association and the New Jersey Liquor Store Alliance. But according to UncorkNJ.com, a group working to update New Jersey’s liquor laws, the bill, S766, has bi-partisan support.

S766, and its companion Assembly bill, A1702, would allow both New Jersey-based and out-of-state wineries to ship directly to consumers, provided the wineries are licensed by the New Jersey Division of Alcoholic Beverage Control. People who get a wine delivery would have to provide proof of age when they sign for the package.

Previous article
Investigate The Owls Of Essex
Next article
Thanks A Ton–And A Half!