Budget Trouble? Not In Verona 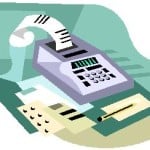 By now, you’ve read about the shortfalls in Bloomfield, West Caldwell, Maplewood and Montclair that are leading to talk of furloughs, layoffs and service cutbacks. And you’re probably wondering: What about Verona?

According to Township Manager Joe Martin, Verona ended last year with a surplus in the $1 million range. That means that, while there may be attrition in the town’s workforce this year (more about that in a minute), there won’t be any layoffs or furloughs, which Martin terms “a fix that will fail” because it only shifts staffing costs to the next year. The surplus means that there will be more summer entertainment, including a concert for younger people at the pool. It means more investment in technology that could limit head count down the road and bring in more revenue. It means that Verona’s investment rating will stay strong, which is key to making other things happen in town.

Part of the reason for this is that Verona has taken steps to reduce its reliance on property taxes, something that does not typically come easy in a suburban town. Another plus: the Hilltop development has been structured as a payment in lieu of taxes deal, which will bring in $1.5 million a year for Verona, for 30 years. And while Martin calls local government a “very labor-intensive enterprise” he emphasizes that he has cut staffing during his tenure as town manager. “We have reduced head count by nine positions from six years ago,” he says, “saving several hundred thousand dollars.” Martin believes there may be two retirements in 2010 and if that happens, one position will be filled, but the other won’t. He does not foresee any changes to the size of Verona’s police force, a strategy that recently tripped up West Caldwell when it tried to terminate two officers and demote four others to save money.

Martin seems intent on investing in technology, which he says is already reducing costs in Verona.  Martin notes that because all Verona police cars now have video cameras (at a cost of $4,000 per car), the town recently staved off a potential lawsuit over a traffic stop. New technology could automate office tasks, by expanding the electronic payments approach now used at the Recreation Department to handle water and sewer  payments and pool memberships. Adding a second cell phone tower location would generate revenue and he believes that additional solar panels would either be revenue neutral (Verona’s earnings from PSEG’s solar energy credits would offset the panels’ cost) or a revenue producer if Verona opts to lease roof space to solar panel installers.

Martin also sees opportunities in some shared services. Verona is opening its fueling station at Commerce Court to public works trucks from other towns. Drivers will be issued a special key fob that activates the pumps and Verona will make a profit on its sales, Martin says. And he promises that, when the town’s new budget is released this spring, it will be easier to read and understand.

The fact that Verona is not in the same financial boat as its neighbors seems to come as no surprise to William Dressel, executive director of the New Jersey State League of Municipalities. “Verona has a tradition of being a well-managed community,” he says.  “It is always ahead of the curve in dealing with budget challenges.”

But as any municipal government official in New Jersey will tell you, there are only so many challenges a town can avoid when so much of every budget is dictated by Trenton, which is facing a $9 billion deficit for 2010-2011. Still, Dressel seems optimistic: New Gov. Chris Christie signed an executive order on Wednesday that puts an end to unfunded mandates, the state’s notorious practice of issuing regulations that create costs for town governments that are not reimbursed.