Verona To Save $40K Under New Garbage Contract 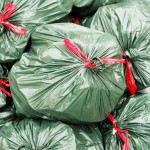 Verona stands to save $40,305.64 on its garbage disposal this year thanks to a new contract negotiated between the Essex County Utilities Authority and the Port Authority of New York & New Jersey. Essex County Executive Joseph N. DiVincenzo, Jr. announced at a press conference yesterday that the total savings to Essex County’s 22 towns will be about $2.5 million in 2010.

Verona is actually one of the smallest savers under the new contract, but this is one of those instances were less is truly more: Towns that generate more garbage stand to have the greatest reduction in the overall costs.