Foreclosures On Upswing In Verona 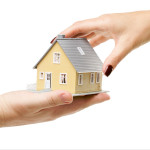 If you’ve looked at the real estate listings in the Trulia data feed to the left side of this page, you’ve undoubtedly noticed a few prices that seem out of place in Verona. If you’ve clicked through to Trulia’s site, you know the reason why: The apparent bargains are houses in various stages of foreclosure. And if it seems to you that you are seeing more of them in Verona now than you have in the recent past, you’re right.

According to RealtyTrac, a sister company to Trulia that only tracks foreclosures, just 2 Verona homes were late on their mortgage payments in January 2006, when it began tracking the market here. For all of 2006 there were just 24 defaults, which is what the lending industry calls mortgages that are in arrears, and only three homes went to auction. In 2007, even before the global economy came unglued, defaults surged to 34, but again, only three went to auction. For 2008, only 30 houses were recorded as defaults, but seven went to auction and six progressed to the third stage of foreclosure–repossessed by their lender after a failed auction. All but one of the those occurred in the last three months of the year.

The picture was bleaker still in 2009. Through November, which is the last month for which RealtyTrac has data now, there were 40 defaults, nine auctions and six REOs, the industry’s shorthand for real estate owned by a lender.

If there is a silver lining in all this, it is that foreclosures in Verona have not been nearly as bad as they have been elsewhere in New Jersey,  where the overall increase in filings was 65% in 2009 from 2008, according to the Bergen Record.