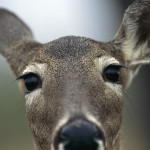 Verona’s deer are going to get a crossing guard.

At Monday night’s town council meeting Township Manager Joe Martin announced that Verona will begin testing a new version of Wildlife Crossing Guard, a technology meant to prevent collisions between deer and moving vehicles. The system will be installed sometime this spring at three locations: Fells Road near Bloomfield Avenue, Linden Avenue at the Peckman River bridge and a third site to be determined soon.

The Wildlife Crossing Guard units are activated by approaching car headlights, which set off a sound and strobe light, causing the animals–deer and others–to back away from the roadway. The system does not prevent deer from crossing at times when no vehicles are present, which means it will not disrupt their feeding or bedding patterns.

Wildlife Crossing Guard was developed by an Austrian company, IPTE, and is marketed in the United States by DeerDeter, a joint venture of IPTE and JAFA Technologies of Mount Laurel, NJ. More than 3,500 Wildlife Crossing Guard units have been installed in Austria, as well as in south Jersey and a tollroad east of Denver, Colorado. The original version of the technology was also installed in 2008 along a stretch of roadway through South Mountain Reservation.

The original system was developed for rural areas in Austria and featured a very loud noise. Verona will be testing a new version designed for residential areas, which uses a high-frequency sound much less audible to humans. Martin credited Deputy Mayor Frank Sapienza with bringing the new technology to the council’s attention. Martin did not give a precise start date for the test, but indicated it would last one year. Martin also said Essex County would deploy the less audible system on county roads in Verona.

Ed Mulka, the project manager for JAFA, believes the system helps to teach deer how to deal with cars. “There’s nothing in nature that looks like that or moves that fast,” he says. The Wildlife Crossing Guard guard is touched off when a car is about 400 feet away from a deer, well before a driver would see an animal in its headlights.

Dom Balestro was one of a dozen or so residents who attended Monday’s town council meeting to protest Essex County’s upcoming hunt to reduce the deer population on Verona’s Hilltop and several other locations. He welcomes the new technology. “We need to try something to keep people from getting hurt and to keep deer from getting hurt,” Balestro said. “I hope it will be effective”.

Previous article
Oster Heading To Syracuse
Next article
Advertise With Us!