Ring In The New Year Close To Home 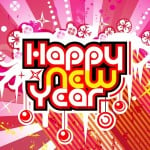 It’s almost here, that last night of the year. And if you want to kiss 2009 goodbye close to home, you’ve got options.

Dinner reservations at Miele’s Italian Restaurant start at 5:30 and end at 8 p.m. Jack’s Cafe will be open until 9 p.m. on New Year’s Eve, as will the Verona Diner. Nine is normally closing hour for Tortilla Sunrise too, but the owner says, “New Year’s Eve only comes once a year;” so book ahead to be sure. Tom Malanga’s dinner spot, Sonny’s On The Avenue, will be serving from 4 to 10 p.m. The kitchen at Trattoria Bella Gente and its white-tablecloth counterpart R’s Place will close at 10 as well, but the maitre d’ advises making reservations because both are quite booked. Pahang, the Malaysian restaurant and sushi bar that recently got a thumbs-up from Ben Blinder (and Baristanet), will be open until 11 p.m.  Bloomfield Avenue stalwart O’Neils Restaurant & Pub will be open all night and so will newcomer Avenue Bistro Pub.

Montclair, meanwhile, has a full schedule for its annual New Year’s celebration, and it looks as if it might be easier to get tickets to First Night 2010 than past events. The big-ticket headliners are Phoebe Snow and an ice-skating show called Fantasy on Ice, to be held in the auditorium of Hillside School. Those tickets are $25 and $20, respectively, but that also gets you into all the other First Night performances. Regular tickets are $15 for adults and $5 for kids under 12. First Night is great for families because so much of it is aimed at kids, from marionettes and magicians to the giant bubble show Bubblemania. You can get tickets at King’s Supermarket in Verona and online through the First Night Web site.

One last note: Eagle Rock Lanes will be open until 9 p.m. on New Year’s Eve, with a laser light bowling party from 5 to 8 p.m. And if your head can stand the pounding, it opens at 7:30 a.m. on New Year’s Day.