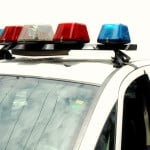 A funny thing happened the other day when we went looking for other people in Verona who were using Twitter, like us: We found the Fairfield Police Department. Cops using a technology most often associated with Ashton Kutcher and Britney Spears? (Note to the uninitiated: A message sent from Twitter is called a “tweet”.) Then things got weirder still: we found Nixle, a Twitter-like service aimed at police departments, and it had accounts registered to Bloomfield, Hasbrouck Heights, Montville and … drumroll, please … Verona.

This seemed a revolutionary turn of events. Imagine knowing before you head out on Bloomfield Avenue that it is at a standstill because of an accident at Lakeside. Or that one of our kids is missing as soon as his parents call it in to the police.

Nixle allows police departments to send text and e-mail messages to private citizens about urgent events. Verona Police Chief Doug Huber says the department tested it three months ago when a senior citizen went missing, and it worked. “People were calling us,” he says.

But here’s the catch: A police department can’t message you unless you’ve registered with Nixle first. You enter your e-mail address and cell number on Nixle’s site, and agree to be charged standard messaging rates for any alerts the police send you. Once established, your account can have multiple locations, so you can get messages from the police department at your child’s college or where your elderly parents live, as well as in Verona.

Nixle was started about two years ago by Craig Mitnick, a former assistant prosecutor from south Jersey and sometime Fox News commentator.  The company says that, since March, more than 3,000 agencies in 49 states have signed on to use the service. Unlike Twitter, which can be used by anybody (and was mis-used by someone impersonating the Boston Police Department), Nixle is designed solely for police and government emergency services. Nixle gives the service to police departments for free and makes its money selling its technology out of the country. Verona has also tested competitor Reverse911, which charges police departments for its use, to mixed results. Reverse911 sends voice messages to local phone numbers, but doesn’t work with unlisted numbers. “There are more unlisted numbers than you would think here,” says Huber.

Huber says he has to present a report on Nixle to Township Manager Joe Martin, and doesn’t know now if his department will begin using it in earnest. Let us know what you would do by answering the poll below.