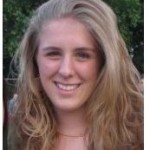 Noyes, who has played first singles for the Hillbillies since she was a freshman, had a 23-3 season record. The paper also cited her showing in the state singles tournament this fall, where she battled her way to the third round with two “impressive” three-set victories, ultimately losing in the third round to the runner-up for the state crown.